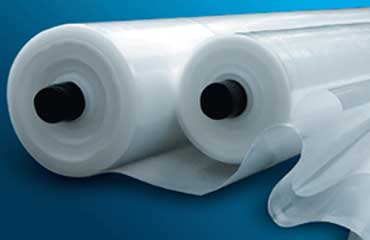 Products made of it are more durable and tough, the packaging of HDPE shows an increased resistance to stress, tears and sprains. Available in the form of sleeves, folded sleeves, and also in the form of a semi-sleeve and sheet. Film thickness –is from 40 microns to 500 microns, width up to 5000 mm. The introduction of various additives, modifiers and dyes is possible

For packaging of dry industrial and various bulk goods;

For products that need to be cooked in the package;

As an insulating layer in construction, agriculture and other households;

For lamination paper and cardboard.